ON THE THRESHOLD BETWEEN ART AND SCIENCE: A DIALOGUE. THE ARTIST AS THE MEDIUM AND THE BEHOLDER SHARE.
– by Inna Rozentsvit and Silvio Wolf

This article consists of two parts. The first one is based on the dialogue between the visual artist Silvio Wolf and the neurologist/neuroscientist/psychoanalyst Inna Rozentsvit exploring the idea of the beholder’s experience from the multiple perspectives of their different disciplinary realms. The second part of the article presents Silvio Wolf’s bodies of work on silver mirrors Mirror Thresholds, Shivà and Meditation. These series intend to embrace the phenomenological world and the inner one of the image at once, expanding the idea of the photographic capture from where they were taken to the place where they are seen and embodying the fundamental hic et nunc of the beholder: his/her sight, experience, and time. In the active relationship between presentation and re-presentation, the Subject sees himself, the outside world, and the image of the world at once, so that the observer becomes a fundamental part of the visible and its interpretation. The artist acts as the medium between Reality and Subject, offering a new horizon of interpretation for thinking about Photography as Visual Art. 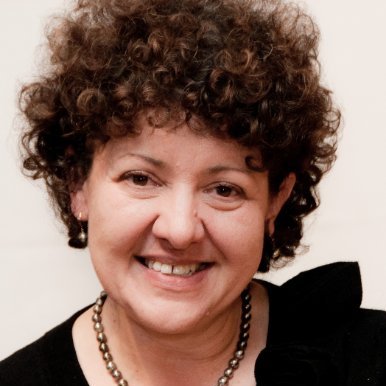 Inna Rozentsvit, M.D., PhD – is a psychoanalytically trained neurologist and neurorehabilitation specialist. She is a founder of Neurore- covery Solutions, Inc., a non-profit organization, which utilizes an interdisciplinary approach to provide evaluation, build patient oriented teams, and provide neuro-psycho-educational support to neurologically impaired individuals and their families. The main conditions that the Neurorecovery Solutions team addresses are strokes, traumatic brain injury, Parkinson’s disorder and Parkinsonian syndromes, neuropsy- chiatric syndromes, visual perception disorders, and gait and balance disorders. Dr. Rozentsvit is also the program director, scientific faculty member and the executive administrator of the Object Relations Institute (ORI) for Psychotherapy and Psychoanalysis in NYC. There, she teaches the introductory and advanced courses on neurobiology for psychotherapists, psychoanalysts, and other mental health practitioners, as  well as a course on the neurobiology of parent-child bonds and development. She also teaches the basics of neuropsychoanalytic thinking (http://www.orinyc.org/Inna_Rozentsvit.html). Popularizing neuropsychoanalytic thinking and neuropsycho-education are Dr. Rozentsvit’s passions. Visit her NeuroPsychoEducation Blog at http://innarozentsvit.com/.

Silvio Wolf (1952) lives and works in Milan and New York. He studied Philosophy and Psychology in Italy and Photography and Visual Arts in London, where he received the Higher Diploma in Advanced Photography from the London College of Printing.

Until the mid 1980s he used exclusively photography to explore the laws, language and two-dimensional nature of the image. His work moved in directions different from those of tradition, which favoured the documentary and narrative value of the photographic image. Instead, he has pursued a more subjective and metaphorical view of reality, producing polyptychs and large-format works that explored the limits of photographic representation, challenging the indexical nature of the photograph through an interest in the abstract and the visible and invisible. He showed internationally, including New Image in 1980 in Milan, Aktuell ‘83 in Munich and Documenta VIII in 1987 in Kassel.

Since the late 1980s to the present he has introduced a wider range of mediums, using the moving image, still projections, light and sound, either individually or in combinations. He has shifted from the pure two-dimensional format of photography to involve social and architectural spaces, creating multimedia projects and sound installations that engage the specificities and history of the venues he operates in. He responds to the personality that a place is capable of expressing and the need to establish a symbolic and experiential relationship with it. In his site-specific projects, as in all his photo-based work, the issues of Absence, Elsewhere and Threshold are always central.

He has shown and created temporary and permanent installations in galleries, museums and public spaces in Belgium, Canada, England, France, Germany, Italy, Korea, Luxembourg, Spain, Switzerland and the United States. In 2009 he was invited to participate in the 53rd Venice Biennale.

The artist currently teaches at the European Institute of Design in Milan and is a visiting professor at the School of Visual Arts in New York.

MindConsiliums is a peer-reviewed publication, and the process for review takes up to 30-60 days. To expedite this process, it would be helpful for you to identify the keywords and disciplines of study which best describe your article.

When accepted for publication, the abstract of your article and the "about the author" self-description will be displayed. The full article will be available for download for anyone interested.

You as the author maintain ownership of your articles, but if you plan to re-publish with another publisher, a proper mention should be given to MindConsiliums.